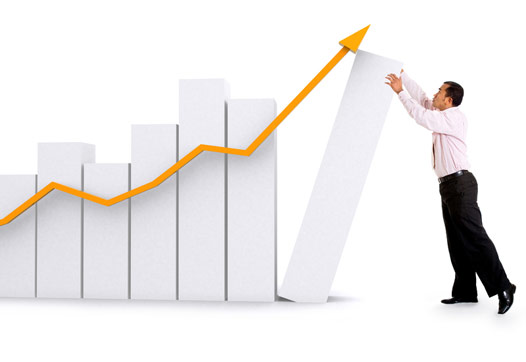 San Francisco real estate has been pulling in the records in 2014. Earlier this year, we saw the highest price per square foot in Hayes Valley at 8 Octavia. And condos have been selling at the speed of light. The 267-unit Mission Bay development Arden by Bosa, for instance, sold out in a few months this summer.

Recently, though, there has been some evidence the market is starting to plateau. For instance, the median home price in San Francisco hit a record $1.072 million in November, but sales volume dipped by 20 percent.

But that shouldn’t be a cause for alarm. The San Francisco housing market traditionally slows down late in the year.  In fact, it’s not likely prices will come down in 2015.

Why? The laws of supply and demand are alive and well in the city, and the huge demand and short supply are contributing to surging home prices. Plus, interest rates remain low, although they’re projected to climb, so there are more buyers looking. Here are a few market factors to consider in 2015:

Plus, many new residents are employed in the booming tech industry, i.e. they’re earning high wages are ready to buy. In fact, there are more employed workers in  San Francisco now, than at the height of the Dot-Com Boom. The unemployment rate in San Francisco is almost two points below the national average. Across the Bay Area, the story is similar.

2. San Francisco’s Housing Supply Is Very Low: Construction is booming, but it isn’t happening fast enough. One reason is that over the last seven years, the majority of built and entitled housing units have been for city’s highest earning residents. From 2007-10, 12,000 units were allocated by Department of Housing and Community Development for the highest income earners. More than 200 percent have been built or entitled. For the middle income earners, just 30 percent have been built or entitled. Thus, new construction prices are skyrocketing.

Secondly, San Francisco is the country’s second most densely populated city, but yet, almost the entire Western half of the city isn’t zoned for high-density real estate. Instead, you have a lot of single-family homes in the Sunset and Richmond districts. That means there just isn’t much more space for new housing to go, which contributes to the housing supply scarcity.

A few interesting points to consider: the San Francisco Shipyard, Treasure Island and ParkMerced developments include more than 20,000 entitled units, targeted mostly at low and middle income residents.  As these projects continue to evolve in 2015 and beyond, it’s possible the supply will begin to level out.

3. Low Interest Rates, High Rent: Interest rates remain historically low, and traditionally that has meant more people are buying property. This, of course, contributes to growing demand. And although interest rates on 30-year Fixed mortgages reached their lowest levels of 2014 in December, an economic outlook from Freddie Mac predicted they could rise to 5 percent by the end of 2015.

The low interest rates might entice more renters to buy, especially considering rent in San Francisco continues to be astronomical. Earlier this year a Zillow survey found that the median rent in the city was $3,200 per month. In addition to bringing more buyers into the mix, high rents also benefit investors, so we’re seeing more development and more investments in rental property as well, and consequently, demand is rising.

Will these 3 factors contribute to steady sales and higher asking prices in 2015? It certainly looks that way, especially with new construction. Demand is high, supply is low, and there are a ton of buyers on the market. Luckily, we’ll have a chance to see this spring, when a new crop of condo buildings begin selling.