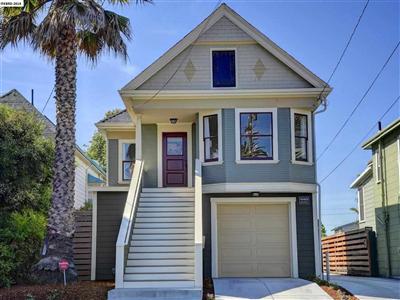 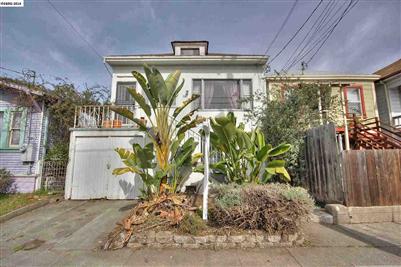 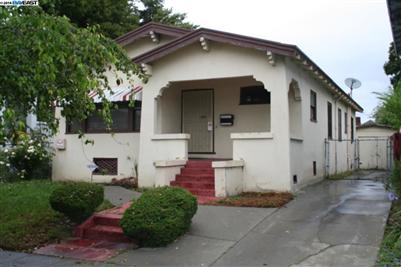 There’s a new up-and-coming neighborhood in the East Bay with serious investment potential. NOBE – which sits just west of Oakland’s trendy Temescal neighborhood, extending into Emeryville in Berkeley – is rapidly transforming into a desirable area for everyone from investors to first-time buyers.

Here, single-family cottages start in the mid-to-low 400,000s, while refurbished 1920s and 30s bungalows are selling for twice that and more. Plus, priced-to-sell fixer-uppers still hit the market in the mid-300,000s.

The homes in NOBE – which stands for North Oakland, Emeryville, Berkeley – are charming, too, with many charming bungalows and cottages built in the of American Craftsman style.

But in addition to classic homes with great bones, NOBE is about as centrally located as it gets in the Bay Area. There are two BART stations in the neighborhood, the MacArthur and Ashby stations, which makes everything easy-to-get-to. Downtown Berkeley and Oakland are minutes away by train, and San Francisco can be reached from the neighborhood in as little as 20 minutes.

An Evolving Neighborhood: New Businesses And Residents Are Moving In

NOBE is made up of 7 unique neighborhoods, including Oakland’s Longfellow district and the Historic Lorin District in Berkeley. The neighborhood is bounded by I-580 to the south and Highway 24 to the east. And it extends to Ashby Avenue in Berkeley to the north and San Pablo Avenue to the west.

It’s a changing neighborhood too. NOBE is still grittier than the adjacent Temescal neighborhood in Oakland, but trendy coffee shops and shops are moving into vacant storefronts, community gardens are sprouting all over, and home values are on the rise.

But with the heightened interest in area real estate, there has been some controversy between interested buyers and long-time residents. (It should be mentioned, by the way, that some people aren’t particularly fond of the neighborhood’s new moniker.)

There are advocates on both sides. Some groups are welcoming of the changes, as crime in the area is falling, and landscaping beautification projects are underway. But others say that long-time residents are being pushed out, and “gentrifiers” are taking over.

It’s a story that’s playing out in many neighborhoods across the Bay Area. And although tensions here aren’t as high as they are elsewhere, it’s still something that buyers and investors should keep in mind.

Bottom Line: Now Is the Time to Buy In NOBE

Even with the controversy, it seems unlikely that the interest in real estate in the neighorhood is going to wane.

Property here is still extremely affordable for the Bay Area. Charming Craftsman homes with great bones are consistently available in the 400,000s. And the housing ranges the full spectrum, including fixer-uppers, move-in ready cottages, and top-to-bottom redone single-family homes.

The location is extremely desirable. Not only is NOBE a commuters dream, but the Mediterranean climate is in stark contrast to San Francisco’s temperamental weather. And thanks to the amazing weather, there are plenty of community gardens in neighborhood.

And new restaurants, shops and entertainment venues are sprouting up all the time.

Everything considered, the real estate opportunity in NOBE is clear, and there’s a good chance the neighborhood’s Craftsman homes will this affordable for a much longer.