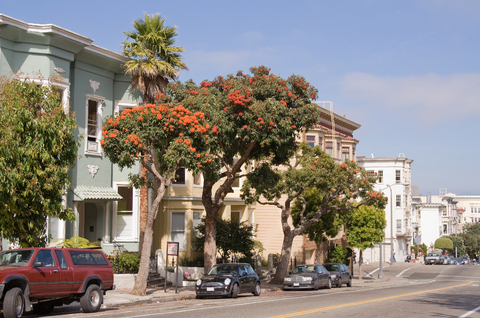 Noe Valley is a neighborhood of contradictions. It’s home to both liberals and conservatives, it has attracted the working class, dot.com millionaires, Hollywood film crews (“Sister Act,” “Nash Bridges”), and, in the 1970s, followers of controversial Indian guru Bhagwan Shree Rajneesh. Noe has a clean-cut image and it’s chock full of upscale restaurants, home-decor boutiques, and chic clothing shops.

The hills that surround Noe Valley give it an air of remoteness and removal from the city which, along with the plethora of pretty, long-standing Victorians, is what attracts families with kids, dogs and strollers to the neighborhood. This, in turn, has attracted merchants who cater to them and earned the neighborhood the nickname “Stroller Valley”.