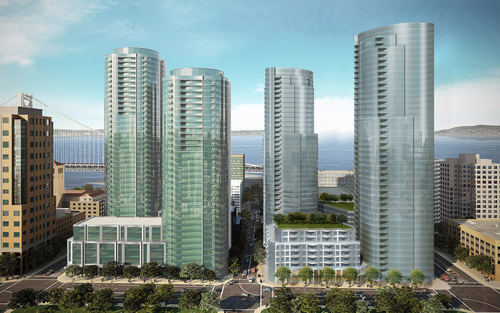 Several new developments in San Francisco have started selling in the last 6 months, and it’s clear that the market isn’t losing steam. It took just a matter of months for projects like 870 Harrison and Amero in Cow Hollow to sell out completely. And Arden in Mission Bay, a 267-unit development, set speed records for selling through its inventory in a just a few months.

Since then, sales have been swift elsewhere, which has resulted in a dwindling supply of new construction condos in San Francisco. Fortunately, that’s likely change in 2015, as a host of new developments are coming online. Here are some developments to watch in the next few months.

The most notable development to hit the market recently was the Lumina building in SoMa. The demand for these ultra-luxury condos has been unbelievable; the first 270 appointments were booked, an hour after the sales office opened. And all 52 first-phase units were under contract in record time. Currently, 160 units are under contract, and the sales office only opened the first week of October.

Other projects across the city haven’t sold as quickly, but sales remain steady. For instance, the much-buzzed-about 8 Octavia, which opened in late summer, has sold through the majority of its 47 units. Currently, there’s just a handful left. And in Mission Dolores, just off of Market Street, the majority of units at Thirsty-Five Dolores are under contract. Plus, there are about 50 units available at Vida in the Mission.

Not as surprising, it appears sales have been slow at two ambitious projects that sit outside the city’s most vibrant neighborhoods. Since opening this summer, just 15 units of 167 units are under contract at Summit 800 in Park Merced, and sales figures haven’t yet been released for the San Francisco Shipyard development.

Although inventory might be low right now, there’s good news: Several developments are currently under construction and are set to hit the market in the first and second quarters of 2015. The majority of these projects are located in a few neighborhoods, including Hayes Valley, Pacific Heights, and SoMa. These are the most notable: